Can professional :30 second Linkedin ads be made exclusively from stock footage?

Well, you be the judge. Here’s a :30 spec ad cut for LinkedIn and a case study showing how it was made.

What makes the heart of a story? The main character.

But telling a story with a main character hasn’t been possible using stock footage in the past. There’s just too much content to sift through to find the same actor.

That’s why we came up with the Model Feature.

Until now, stock has existed to fill the gaps in your project. Most stock footage is comprised of leftovers; bits and pieces of old projects. While some people are really good at putting scraps together, they usually end up looking pretty “stocky,” if you know what we mean. All too familiar is the frustration of finding a perfect model for your video, only to discover that they’re in just a handful of clips. Most filmmakers wouldn’t even think of looking to stock for their narrative’s main character, simply because it’s not worth the hunt.

Check out this case study video below to see how we cut this 30 second spec ad for LinkedIn, complete with a central character arc, using only stock footage from our library.

Here’s how the Model Feature really helps us:

Time and budget saved on production.

Budget and time can be a really big deal breaker for some videos. Between the costs of hiring models, time spent scouting locations, purchasing necessary props and then the time invested in actually sitting down and editing it all together, a lot of time and money goes into something as short as a 30 second ad. Stock footage can save tons of time, especially when there is enough footage of a specific model to tell an entire story.

It’s a new approach to the creative process.

Instead of just pitching an idea to a client, entire stories, complete with the actual characters and visuals of the story, can be pitched. Knowing what you can create with stock before the project begins saves a whole lot of time in the creative process. We are beginning to see our members introduce the model feature into their own workflows by pitching to clients based on what stories can already be told with the characters we film. Instead of using stock footage reactively, it is being used proactively.

Time saved searching for footage during the editing process.

No more sifting through pages and pages of stock footage during editing. The FILMPAC Model Feature allows users to see all of the clips a model is in just by clicking on a photo of them. The best part? It’s all from a library that’s always growing and expanding. Collaborating with a diversity of models again and again, to make the number of stories you can tell unlimited.

7 thoughts on “Creating an Ad With Nothing But Stock Footage” 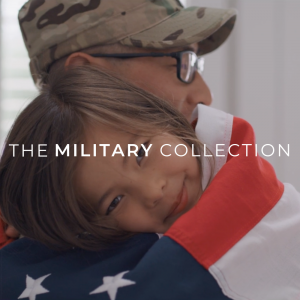 Get the latest updates: